Microblading creates hair like strokes to help fill in sparse eyebrows giving you a natural look. It’s the best thing that can happen to your eyebrows.

Microblading is perfect for those who want to fully reconstruct, define, cover gaps, or fill-in over plucked brows. During the microblading process a special microblading pen is used to draw on individual strokes one by one. The semi-permanent ink is not placed as deep as with a traditional tattoo, which keeps the ink from bleeding, but also means it only lasts about one to three years. Immediately after treatment, your eyebrows will look darker than expected, but will fade about 50% while you heal the following 10-14 days. A touch-up appointment is needed four to six weeks after initial treatment to finalize the look.

In order for your new brows to heal properly (and look their very best) The Pre & Post Care instructions below are EXTREMELY IMPORTANT! Pre-Care instructions are designed to limit bleeding and skin sensitivities during the service.  Excessive bleeding during the procedure can dilute the pigment color and lead to poor results.

Permanent Cosmetics and Microblading is NOT recommended for the following people: 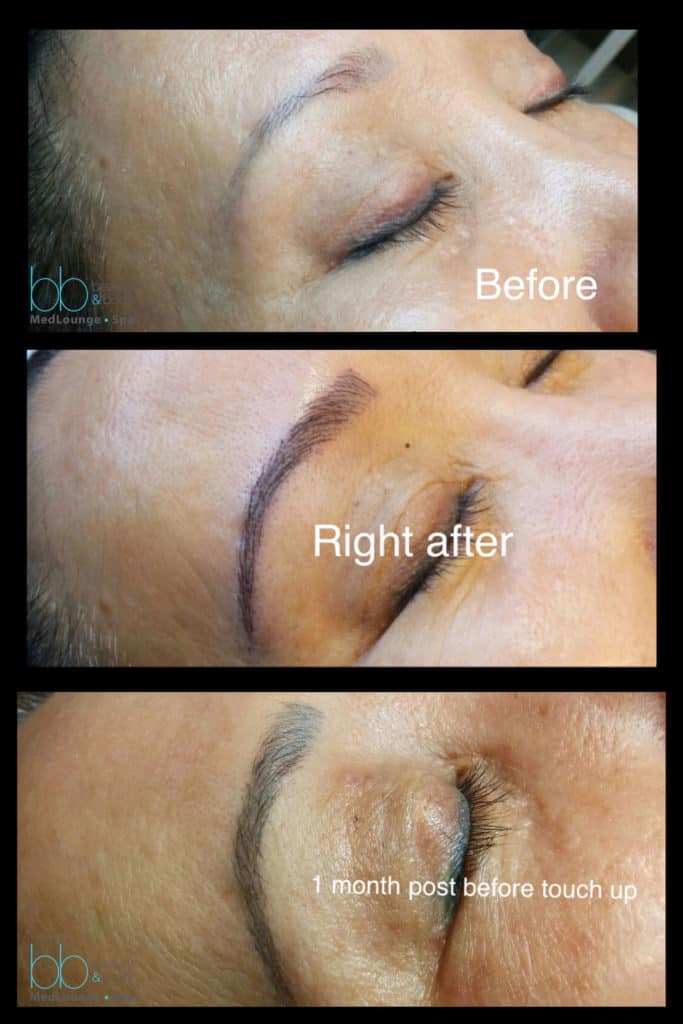 Please Note: Eyebrows will appear darker and bolder immediately after procedure. Eyebrows will scab and a complete healing takes about 2 weeks. This is very common for all permanent cosmetic procedures.